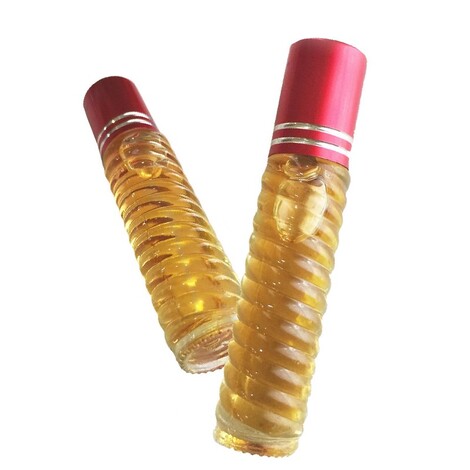 Just wanted to share with you a special moment the LORD gave me with my kids just now. Jennifer Joy gave Elijah a bottle of anointing oil this weekend (Beginning Prophetic Glory Ring Workshop) and challenged him to start using it and praying for people. He was a little overwhelmed to say the least but her gift touched his heart. He kept his bottle of anointing oil treasured. Even when he had asked me to keep hold of it for him, he kept asking me where it was and checking to see if it was safe. Well, Zach (age 2) found his anointing oil and decided to anoint himself from head to foot (literally). Elijah was DEVASTATED !!! He wept for loss of his gift. I assured him that he could have another one - Jennifer had sent me some to be used at my discretion so I replaced Elijah's bottle. HOWEVER, the Lord gave us a very tender moment because I told Elijah that this was his first opportunity to pray. Zach has already anointed himself and he needed Elijah to pray for him and give him a blessing. Elijah shared that he was just unsure of what needed to be done and I encouraged him to step out. I told him that is how I have learned to pray for him and his siblings, by praying for my siblings and others around me. I shared that it is always hard to do but that the more you pray for others the smoother it would become. He laid his hands on Zach and prayed the sweetest pray for Zach's salvation and his continued walk with the Lord. I was SOOOO blessed. Every time I pick up Zach the fragrance is there; the aroma of His presence (which is also the name of the oil this year) has filled my house. It is a sweet and precious aroma. I am now overwhelmed. The Lord is good; it is such a wonder to watch Him work through my children. My heart is overflowing.
DRIA