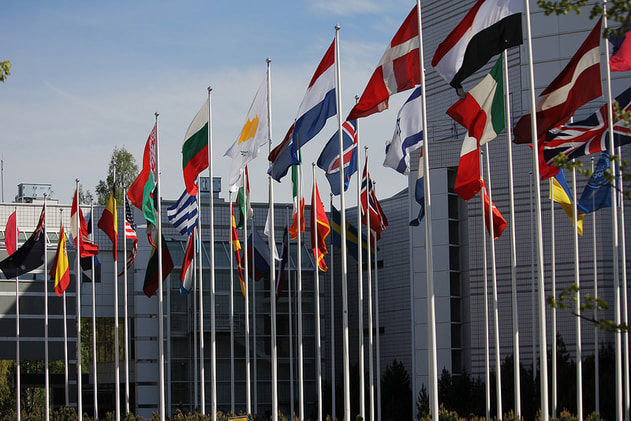 A Vision of HIS Majesty, My King, Jesus Christ!

Somewhere between dusk and dawn, HE came. At first, I awakened to HIS Presence, which I find to always be an awakening at some level. For a while, I just rested in that deep place of wonder and delight, awe and reverence, beauty and holiness, peace and joy. Then I opened my eyes and there HE was as real as the day. HE was in HIS Royal Robes which are easily enough to fill the temple. The fabric is like our present-day white velvet…soft, gentle and as welcoming as a huge down comforter. For a time, all I could see was the overt all-consuming quantity of the fabric of HIS robes. The edges are trimmed with gold, silver, purple and other heavenly combinations of colors...the prism of love.

The fabric is illumined with light, as light is in all things that HE touches. The fabric was like a hologram, a Joseph’s coat of many colors, filled with the fullness of HIS life and HIS love. As in a hologram, HE is the hologram and HE is in the hologram. HE is the laser light, the white light, the light waves and the patterns.

The fabric became illumined like a movie theater screen with banners, flags of nations, faces of the world interweaving in the different layers of the hologram. As I watched, I spoke the name of each nation as their flag appeared…Israel, America, Canada, Mexico, Peru, Brazil, Kenya Africa, Australia, New Zealand, Greenland, England, China, Japan, Italy, Greece, Uganda Africa, India, Turkey, Egypt, Laos, Vietnam, Korea, Columbia, Argentina, Panama…until all the nations of the earth came across the screen. The beautiful faces of the earth illumined by HIS love and joy. I was undone. It did not seem that I could possibly contain any more of HIS beauty, HIS power, and HIS majesty. I was completely content to touch the hem of HIS garment.

Then HE turned, and it is like a tsunami wave that completely obliterates any shred of unbelief, insecurity or fear one might have. Although in other visions, I have seen HIM as a shepherd, as a servant, as a warrior and as the Son of God. There is nothing quite like HIM when HE is in HIS Royal Robes. HIS crown is gold, silver, platinum and other precious metals interwoven and meticulously wrapped in ways unknown on earth. The jewels are brilliant beyond compare – pure facets of HIS attributes.

Capturing me completely with HIS eyes…I exclaimed, “You are here!” HE smiled, nodded and continued the transforming and capturing of my soul and spirit in a deep way that I could never find words to describe. I truly believe the one-step of faith to YESHUA is the only way. YESHUA said, “I Am the Way, the Truth and The Life!” and HE truly is.

Note: Holography is defined as a lens less, photographic method that uses laser light to produce three-dimensional images by splitting the laser beam into two beams and recording on a photographic plate the minute interference patterns made by the reference light waves reflected directly from a mirror and the wave modulated when simultaneously reflected from the subject: the virtual image can be reconstruction by shining laser light, white light, etc. through the developed film – hence the making of a hologram.
Jesus said to him, “I am the way, and the truth, and the life; no one comes to the Father but through Me."
​~ John 14:6, NASB