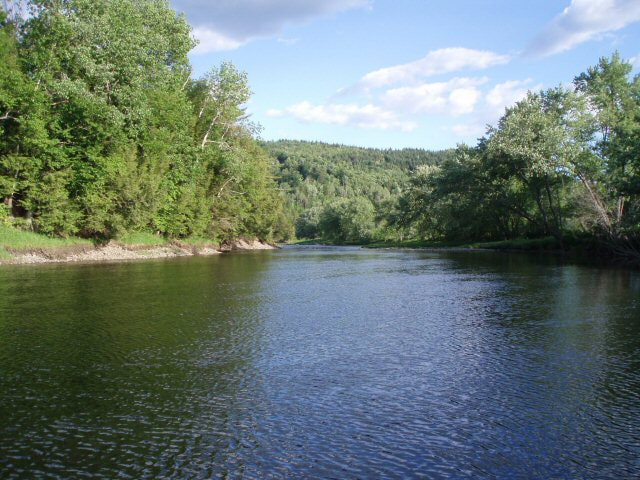 September 1, 2002
​
This email is from Christie and Kathy Leary in Vermont. You had sent us over the last couple of years 2 different bottles of special oil. I wanted to write you a quick note and thank you for them share what we used them for. They have been sitting on the mantle waiting for their time, so to speak. We used the bottle that was the conglomeration of everything you had left in your house in July, Celebrate HIS Freedom! Holy Anointing Oil! 2001,  when we went to the farthest Northwest corner of Vermont where Vermont, Connecticut and Canada meet. This point is at the Connecticut River that separates Vermont and New Hampshire. There were like nine teams meeting at this River that day to pray over it from the headwaters to the mouth of the river. We did a prophetic act and prayed over the Connecticut River and dumped the entire bottle of anointing oil including the container into the River and prayed that every anointing represented in that bottle would be made manifest in Vermont and New England. The second bottle was used in August just after the final moments of a conference that we were convening with Dr. Che Ahn and Reverend Jill Griffith, Our pastor's wife has had a very hard childhood and subsequent life as a result. She had been receiving prayer throughout the conference but was still under some significant bondage as per her testimony. Just after the conference, a POWER team of six individuals ministered to her and as the final part of liberation prayer, Reverend Jill Griffith dumped the bottle of oil (The Aroma of HIS Presence! Holy Anointing Oil!) over her head. God did a marvelous work. She has experienced a large degree of freedom and is on her way to a full recovery in Christ. Thank you again for thinking of us and for your special oils. They have been a blessing.

Christie and Kathy Leary, Vermont, USA
He went out to the spring of water and threw salt in it and said, “Thus says the LORD, ‘I have purified these waters; there shall not be from there death or unfruitfulness any longer.'” So the waters have been purified to this day, according to the word of Elisha which he spoke
​ (2 Kings 2:21-22, NASB).