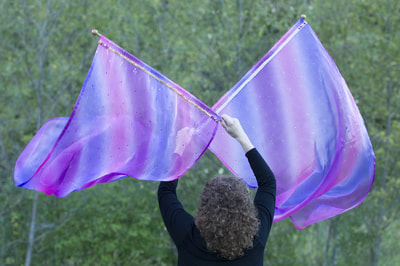 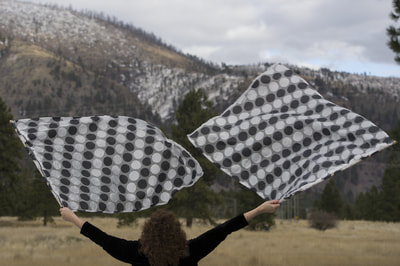 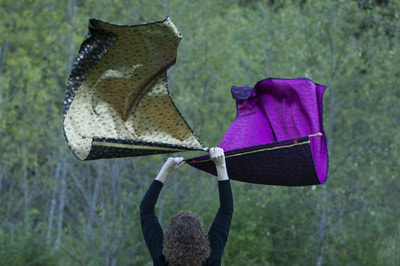 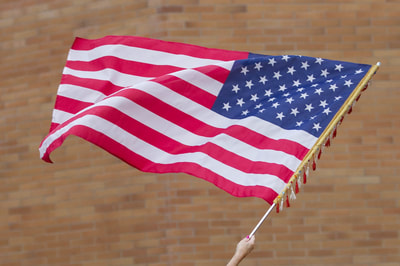 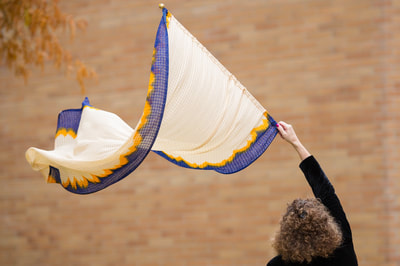 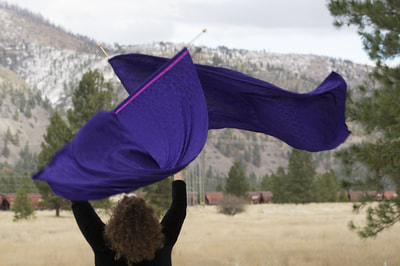 Links:
Worship Flags
Sacred Worship Instruments​
Trusting the Holy Spirit will bring more revelation and insight as you seek the Face of GOD regarding this study. The Holy Spirit is the quintessential translator and teacher.

Bible dictionaries define banners as identifying flags or streamers attached to the end of a standard. Through history they have served three main purposes:
1. to identify a group,
2. to claim possession of space or territory
3. to lend festivity to a celebration

The Bible contains over three-dozen references to banners, standards, flags and ensigns. The word banner usually refers to military or use in war/warfare. The word banner is found in the books of Exodus, Psalms, Song of Songs, Numbers, Zechariah, Jeremiah and Isaiah. The Banner of Victory is most commonly ascribed to GOD. The earliest example is Exodus 17:15, where Moses celebrates the Victory of the Amalekites by building an altar, calling the name of the place “The LORD is my Banner” and saying, “A hand upon the Banner of the LORD.” In Psalms, it is GOD who sets up a Banner for HIS people (Psalm 60:4) who for their part ascribe their triumph to GOD by setting up Banners “in the name of our GOD” (Psalm 20:5). Jeremiah’s prediction of Babylon’s destruction is prefaced by the statement, “Declare among the nations and proclaim, set up a Banner and proclaim, conceal it not” (Jeremiah 50:2) along the lines of a warrior boldly planting a banner as a sign of taking possession.

Additional instances of the word banner are in the Song of Songs. In the Shulamite’s picture of Solomon taking her into the court harem, the note of triumph is that “HE brought me to the banqueting house, and HIS Banner over me was Love” (Song of Songs 2:4). Here the banner is an image of both festivity or celebration and claiming possession, which is symbolic of the Marriage Supper of the Lamb of GOD. In a courtly and military world, one of the most spectacular images of exhilaration is the sight of an army advancing with its banners unfurled, waving freely in the wind. This supplies the emotional context for the lover’s declaration that his beloved’s beauty is as “terrible as an army with banners” (Song of Songs 6:4,10). Other translations use the wording "awesome as an army with banners".

Flags are recorded in the Exodus in the account of the infant, Moses being placed in the basket (ark) among the flags (bulrushes/reeds – which provided safety) and traveling to his new adoptive family (Exodus 2:3,5).

Standards were used Biblically to intentionally direct the path/route of a well-defended city or the location of a specific tribe (Jeremiah 4:6, Isaiah 62:10); similar to the way the Department of Transportation marks roads when the snow is deep. The standards keep the traffic out of the snow banks and on the safe path.

Isaiah prophesies in 59:19, “So shall they fear the name of the LORD from the west, and HIS Glory from the rising of the sun. When the enemy shall come in, like a flood the Spirit of the LORD shall lift up a Standard against him.”

Ensign is recorded in Numbers 2:2, “Every man of the children of Israel shall pitch by his own standard, with the ensign of their father's house: far off about the tabernacle of the congregation shall they pitch.”  The ensigns and standards provided organizational boundaries of Israel’s huge tribes similar to our street names and house numbers today.

Webster’s Dictionary Definitions:
Flag: 1) A piece of cloth often attached to a staff with distinctive colors, patterns or symbolic devices used as a nation or state symbol to signal banner, standard, ensign 2) long feathers or quills.
Banner: 1) a piece of cloth bearing a design, motto, slogan, etc. sometimes attached to a staff and used as a battle standard 2) a flag (The Star-Spangled Banner)
Ensign: 1) A badge, symbol, or token of office or authority 2) a flag or banner, specifically as one displayed on a ship 3) British Army – formerly a commissioned officer who served as standard-bearer.

The word staff is found in Genesis, Exodus, Ezekiel, Psalm and Leviticus. Biblically, there are six main categories regarding the word staff in the Scriptures:
1) traveler’s staff
2) the striped tree branches employed by Jacob with his flocks
3) instruments of discipline or punishment
4) tools used by shepherds
5) symbols of authority
6) miraculous rods of Moses and Aaron.

The rod and staff can depict comfort, protection and security. This is preeminently true of the shepherd’s rod and staff. One of these was the familiar crook, used for discipling a wandering sheep, encircling a sheep’s neck or belly to rescue it from a gully and laying across the backs of sheep for the purposes of counting (the so-called rodding of the sheep) as they entered the sheepfold (Leviticus 27:32, Ezekiel 20:37). The other half of the rod and staff pair was a club-like weapon used for warding off predators, in essence, destroying the enemy.

In the hands of a leader a rod or a staff, like the King’s scepter can also be symbolic of authority. During Israel’s wilderness wanderings GOD told Moses at one point to take the rod and assemble the congregation (Numbers 20:8) and Moses subsequently used the rod to strike the rock to produce water (Numbers 20:11, Exodus 17:5-6). In the book of Revelation, YESHUA, Our Messiah is the One who is to rule all the nations with a rod of iron (Revelation 12:5).

Aaron’s Rod: “On the morrow Moses went into the tent of the testimony and behold the rod of Aaron for the house of Levi was budded and brought forth buds and bloomed blossoms and yielded almonds” (Numbers 17:8). This was an obvious symbol of death to life and the LORD’s way of choosing the Aaronic Priesthood.  Aaron’s rod was kept in the Holy of Holies. The Resurrection of YESHUA rent the veil giving us access to the Holy of Holies…to spiritual intimacy with our FATHER…therefore, the rod and the staff are the fullness of the symbol of spiritual intimacy with our Father God! ABBA ADONAI!

Biblically, Aaron’s rod signified the power to transform physical reality. As a symbol of supernatural power working through human agencies, the rod also evokes a sense of authority, both political and priestly as its’ blooming coincided with the establishment of the house of Aaron and the tribe of Levi in a priestly role. The association of Aaron’s rod with the Holy of Holies establishes a sacred divine significance, making it a visible memorial to GOD’s holy presence and power.

Webster’s Dictionary:
Staff:  1. a stick used as support in walking 2. pole or club used as a weapon 3. a pole for supporting a banner or flag 4. a rod used as a symbol of authority.

Do flags really make a difference?

There are those who say that a flag or a banner really doesn’t make any difference. God looks at our hearts, that is all that matters. Is it really?

When I am sharing this message to a group of people, I hold up two flags. First a Nazi flag that my Dad, a WWII Veteran brought home from the war. Second an American Flag. Each flag speaks volumes without me saying a single word. We are accountable to the LORD GOD to choose the banner that flies over us! It is our personal choice.

“And most of the multitude spread their garments in the road, and others were cutting branches from the trees and spreading them in the road. And the multitude going before Him, and those who followed after were crying out, saying, “Hosanna to the Son of David! Blessed is HE who comes in the name of the LORD, Hosanna in the highest!” And when HE had entered Jerusalem, all the city was stirred, saying, “Who is this?” And the multitudes were saying, ‘This is the prophet JESUS, from Nazareth in Galilee” (Matthew 21: 8-11).

There were at least three types of people along the roadside as Jesus rode the colt into Jerusalem. There were the 1. Pharisees, the religious leaders of HIS day plotting to kill HIM, 2. there were the unbelievers and 3. there were those throwing their cloaks on the road and waving flags, banners, and palm branches to honor the KING of Kings, YESHUA, Our Messiah.

Those three groups still exist today. There is one question left that only you can answer: Which group of people would you be standing with?

“FATHER, in the name of YESHUA, Our Messiah,  I pray that you will give us courage and boldness to be a people that will raise a banner, a flag, a staff and even a Prophetic Worship Glory Ring to worship you. To say YOU alone are worthy to be worshiped. To demonstrate YOU alone are holy, righteous and pure. That we will immediately lay down the religious traditions of the generations before us and quickly emerge as a generation of those that worship you in Spirit and in Truth! Amen!”