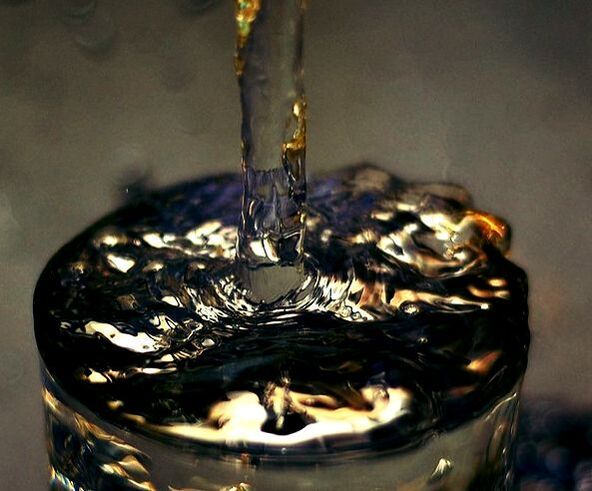 A local pastor brought me the bottle of Holy Anointing Oil that I had given to him in January of the same year. He was one who did not believe that signs, wonders and miracles were beyond the First Century. I could not convince him otherwise. However, GOD managed to convince him through the Anointing Oil bottle that repeatedly filled again and again.

The outside of the bottle he was holding was dripping with oil. It was the bottle that I gave him in January. He held the bottle up to the light for me to look at. The bottle was very full, to overflowing, leaking out continually. He said, “I have used this many, many times in the last four months and it just keeps filling up!” His testimony was common among those that received ABBA ADONAI's Second Batch.

On December 14, 2000, the Holy Spirit of the Most High God jolted me awake to arise and make the "Celebrate HIS Freedom!" Holy Anointing Oil 2001. HE said, “Use everything you have!” Therefore, I did. The following is a list of ingredients, the prophetic meanings and Scriptures that HE imparted.


May you be richly blessed according to HIS over abundant immediately available grace and mercy.

As always, yours for YESHUA, Love in HIM,

Please note the Scriptures are listed as they were given to me by the Holy Spirit, not in chronological order.
​
~~~~~

On February 6, 2001 the following email was sent forth to the Advisory Board of HGRM.

Over the weekend, during the course of  moving into the 600 sq foot apartment in Gresham, I had a wake-up call on counting the cost again….so I inquired of the LORD…. “FATHER GOD, are you sure this is the ministry you want me in…this is really your will?….Please demonstrate this to me….Show me…..” I pleaded.

As the can of olive oil had been sitting on the counter for about a month, I thought it was time to pour the remnant into a smaller container. Quickly, I did the math in my head and calculated that there must be about 8 ounces left, the can was almost empty. The Holy Spirit whispered to me that I would need a larger container. So I exchanged the one-cup container for a two-cup container. HE said, “Jennie, you will need a much larger container than that!” So, I set down the olive oil can and went to look for a larger container. I found the largest glass decanter that I had (it held between 2-3 liters, almost a gallon). In my mind, I knew there was only at most about two cups of anointing oil left, yet, when I picked up the olive oil can it felt very heavy to me. The presence of the Holy Spirit came over me mightily as I began pouring the oil from the can into the glass container. Trembling in HIS presence, with both hands holding the can, I tipped the oil can and the oil poured out of the can, until the glass container was filled to the brim….I knew the LORD GOD had replenished the Anointing Oil. It was like in the days of Elijah and the widow’s oil (1 Kings 17). Exceedingly overwhelmed, I was completely undone at HIS demonstration of power and provision.

Here is the mathematical situation. The olive oil came in a can holding 101 ounces. It was a gift to me from two women who attended a Beginning Prophetic Glory Ring Workshop. I took out one cup of olive oil for cooking purposes. That left 93 ounces of oil. I added the fragrances, which came from many sources – about five ounces (maximum eight to fill the can again) and it was not filled to the brim. The LORD required of me to keep a record of who received the Anointing Oil.

GOD supernaturally made a second batch of Celebrate HIS Freedom Anointing Oil 2001. That would be my ABBA ADONAI, (PAPA GOD) demonstrating HIS power! GLORY! To HIS name alone! And clearing answering my question about the relevance of HIS Call upon my life.

Now all of the Holy Anointing Oil has been sent forth once again. This Holy Anointing Oil has been poured into rivers and waterfalls from Mexico to Canada and many places in between. It has been placed in Holy Water Basins in Catholic Churches, on hospital room doors, on thresholds, on government buildings, in churches, on worship instruments and on many of GOD’s children. May HIS Freedom be prevalent in the earth! May GOD be glorified above all! May the Freedom experienced in YESHUA come forth!
Remember those who led you, who spoke the word of God to you; and considering the result of their conduct, imitate their faith. Jesus Christ is the same yesterday and today and forever (Hebrews 13:7-7, NASB).