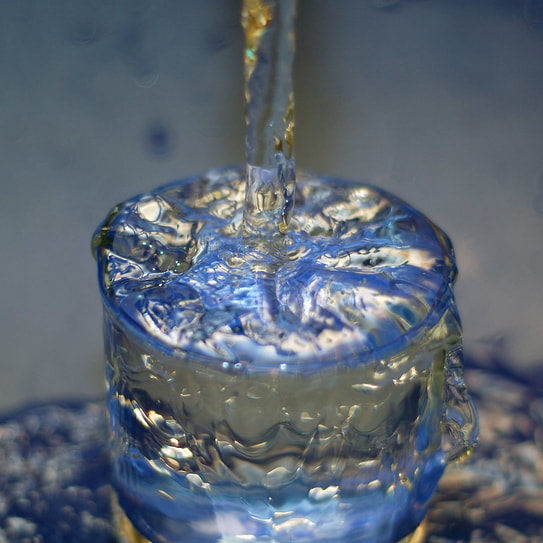 In the summer of 2000, when my grandson, Elijah, was just a few months old, my daughter, Angela, called and invited me to go with her to a couple of garage sales. So, as any mother and grandmother would do at the chance to see her daughter and grandson, I drove from Corvallis, where I was living at the time, to Monmouth about thirty minutes north.  As usual, we did not have a particular destination. With the Holy Spirit’s direction, we drove around the quaint little town. We followed signs to one garage sale, which we never found, but in route came across another yard sale. The heavens began to unload buckets of rain as we pulled into the driveway.

The girls holding the garage sale were hastily taking things into the house out of the deluge. We began to drive off then decided to stop and look anyway. Under a card table, I noticed a box covered with newspapers and a $60.00 price tag. Since that was out of my budget, I looked at other things. The wind came up and blew the newspapers off the box. I looked down and to my complete surprise the box was full of purple drinking glasses! The exact same glasses matching the ones I purchased 25 years earlier. These glasses matched our Denby British  Stoneware wedding dishes we had given to Angela when she was married two years previous. Knowing I could not afford them, we drove away without the glasses.

When we bought the glasses in the 1970's they were $4.75 each. Our newly married budget only allowed us to buy a glass on occasion and the company discontinued making them before we were able to purchase enough to complete the set. At the garage sale, I was very blessed and encouraged the LORD had shown them to me, because I knew some time, HE would bring them to me again when I had the money to get them.

After I arrived home, the LORD spoke to me very clearly that I was supposed to get the glasses - I had missed HIS gift. After I discussed my budget with HIM for awhile, HE reminded me it was HIS budget not mine, it was HIS desire to bless Angie with the glasses to complete the set, and it was HIS desire for me to see something unfinished for twenty-five years, completed according to HIS way, HIS will, and HIS timing. This was a bit of a stretch for me. I called my daughter and asked her to go back to the garage sale and see if the glasses were still there.

The next afternoon, Angie drove over to the place where the garage sale was held. They were in the process of moving out of the duplex. Angie inquired about the box of purple glasses under the card table. She said they belonged to the girl’s aunt who lived in Hood River, 3 hours east of Monmouth and she had taken them home last night. Angie asked her if she would call her aunt and ask if they were still available. It all worked out and the glasses were brought back to Monmouth and the LORD had HIS way. And of course, HE provided the funds as HE always does for what HE is doing. There were forty-eight pieces of stemware in the box, eight of each size, more than enough to complete the set. $228.00 would have been the cost 25 years earlier. Only GOD!

A few weeks later, I was sharing with a lifetime friend from Harrisburg about the miracle of the glasses. Verlene and I had bought matching glasses at the same time in the 1970's. Hers were green and mine were purple. She casually mentioned maybe GOD would like to bless her in the same way HE had blessed Angela, so, I put it before HIM in prayer.

July 29, 2002 almost two years later to the day, I was ministering in Missoula, Montana praying over the territory, churches, government buildings and rivers. When we were heading south to Lolo, the Holy Spirit clearly indicated to me that we were to go to the Salvation Army in Missoula. This meant turning around and going just one block from where we just were praying over the government building. Sometimes the LORD interrupts our schedule to complete HIS will. As we walked into the Salvation Army, immediately my eyes were drawn to, of course, the green glasses. Quickly they were put in a basket with a few other items. We checked out and then headed to Lolo. The glasses were only fifty cents each and as you may know the number fifty symbolizes Jubilee, which means restoration. Usually when I travel, it is by air and bringing glasses home would be nearly impossible but on this trip, I was driving! Glory to GOD!

As soon as I arrived home, before I was completely unpacked, the Holy Spirit quickened in my spirit that I needed to go to the Post Office and mail the prepared Prophetic Worship Glory Rings in addition to a couple of other boxes. Immediately, I loaded the car and drove to the Post Office. As I stepped out of the car at the Post Office, a man I have never met, ran over to my car and exclaimed, “Here, let me help you with those!” I responded, “I am so unprepared for your kindness. I am completely surprised!” As this was the first time this happened to me in 8 years of ministry and I have taken hundreds of packages to the Post Office. He smiled and said, “It is good to be surprised!” I laughed and heartily agreed, “Yes, it is!”

When I inquired of the Holy Spirit about which Scripture HE wanted me to give with this testimony of GOD’s goodness, HIS response was, “Psalm 23…You anoint my head with oil, My cup runs over. Surely goodness and mercy shall follow me all the days of my life; And I will dwell in the house of the LORD, Forever!” In closing, I wondered how many green glasses the LORD had provided for my dear friend, so I quickly unwrapped the green glasses in the three bags. There were twenty-three green glasses. The LORD causes us to lie down in green pastures…often when we least expect it!
The LORD is my shepherd, I shall not want. He makes me lie down in green pastures; He leads me beside quiet waters. He restores my soul; He guides me in the paths of righteousness for His name’s sake. Psalm 23:1-3