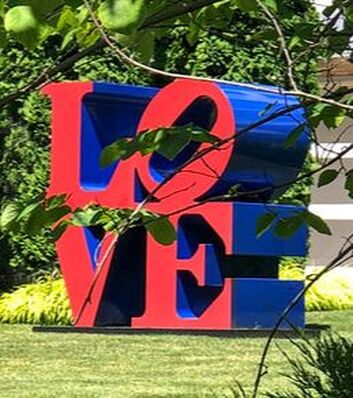 September 25, 2011, Sunday ~ The day after Donny and Kayla Henes beautiful and elaborate church wedding in Boring, Oregon which was my second wedding to officiate, I moved to Redmond, Oregon as I was accepting a full-time position with a national financial firm as a Branch Office Manager. Although I worked for this company since 2006 as an on-call in 24 different branches in Oregon, Washington and Montana; this was my first full-time position. Gratefully, God in HIS overt kindness, provided a quintessential Financial Advisor and supervisor, Michael Donohue which made the next year easily the best employment experience of my life, until he returned to his native state of North Dakota due to a family emergency.

October 23, 2011, Sunday ~ Those who know me, know that I live and minister in what is more often than not called, “Outside the Box” or in other words, God has called me to HIS Kingdom, not the organized religious structures of the denominational churches in America. Even though HGRM warmly welcomes individuals from any protestant denomination to our worship gatherings/workshops…we have often found that we stretch the parameters and paradigms of those within denominational structures.

This morning an invitation was presented to me to go outside the box once again, to "step out of the boat" as Peter might say. A young man called and asked me if I would marry him and his girlfriend because it was important to them not to sleep together without being married. He wanted to know if I could marry them today and how much money would it cost? They had the marriage license from the State of Oregon needing an ordained minister’s signature, and would I do it? They found me on-line through an internet search, truly a miracle.

So, of course, I said, “Yes!” because ministry to others is not so much about my beliefs as it is about meeting another person where they are in their faith walk, their journey and encouraging them. I completely admired Joshua’s courage to call and ask a perfect stranger to do this for him. Of course, I inquired of the Holy Spirit who said to, “Go!”

A few minutes later, Joshua called again, asking exactly how much does it cost? I answered that I do not normally charge any fees but if they wanted to give an offering they could. He breathed a very deep sigh of relief, promising to give money in a couple of weeks, when he gets a job. I confirmed the address and time of meeting.

I drove into Bend which is about a 30-minute drive to the given address, a place I would not go without an invitation. Four broken down cars in the front yard. Poverty screaming from every facet of the dwelling place – actually a hovel. Yet, I felt absolutely no fear. I knocked on the door, and Joshua answered. A young man, small in stature, tattooed and pierced, yelled at the large black dog lunging toward me to, “Knock it off”. He grabbed the dog with both hands and wrangled it to a back room. As I was attacked by a dog as a child and left with bite marks and bruises that stayed for over two months, lunging dogs do not make me feel comfortable. I truly prefer well-mannered dogs. This one did not qualify as well-mannered in any sense of the word.

The living area about 8 feet by 8 feet. Dirty and dingy with furniture that would not sell at a thrift store. I noticed a strange odor that I could not identify. Purposing to be gracious, I moved a booster chair covered with dried food from the only place I dared to sit by the small unclean kitchen table sequestered next to the stained living room wall. Joshua immediately informed that he was 27, providing a driver's license to prove his age. He was all smiles and very excited, almost giddy with joy. Samantha, his fiance' was much quieter, a gentle spirit. There was no drug or alcohol evidenced in the place at all. Seemed more like a couple of kids that did not have any life skills. I wondered about their childhoods.

We talked for a while and I asked the typical questions, How did you meet? How long have you known each other? What brought you together? Joshua, the talkative one told some of his story, his mother dumping him and his two sisters when he was 4-years-old in a crack house and that he had survived 168 foster homes. He never had a dad or a mom growing up, he doesn’t know where they are or if they are alive. And that he traveled in 48 states hopping rails, trains not skateboard parks where he met the mother of his two children aged 5 and 2 who now live with their mother, Alicia. Joshua is a college drop-out looking for a job with two broken down cars. He has a passion for music and is playing at "The Summit" in Bend. He loves Rap and has “a great home boy” that performs with him. I asked about their faith, and Joshua bounced all over the place mostly sharing that he wasn’t too religious. I actually had that part figured out and that he believed in God and the Bible. Samantha was raised Catholic and is barely 18. I shared about Jesus, a relationship with Him, and then I prayed for them.

Joshua asked about my credentials. He wanted to know if I was one of those that got ordained on-line. I shared with him my academic journey and the time I had been in ministry and how God called me. His response was humorous to me, “That is what I wanted, a real minister!”

The wedding witnesses arrived a little later and we casually conversed about life. Joshua and Samantha had written their own wedding wows. They truly were stepping into the realm of faith in each other, counting on their love to get them through. They did not have family to support them. They did not have a congregation or church family to support them. They had a couple of friends who were like themselves, unemployed, nearly homeless with hope in the impossible.

The Holy Spirit had prepared prophetic words for each of them which was an only GOD moment. Joshua asked, “How can you know all that stuff about me?” I answered, “I don’t. God does. And it is important to GOD that you know HE has not forgotten about you.” It was clear to me that GOD sent me to them for a moment of hope.

After almost two hours, as I am sensing it is about time to leave, Joshua mentioned that he has been overcoming his fears. I asked him, "What kind of fears?" He shared in detail that he is terrified of snakes, rats and spiders mostly from riding rails and the places he has slept. My skin crawled at the thought and I silently agreed with his perspective. Then he said that he would show me what he meant. So, he casually jumped over the broken-down couch which was clearly a skill he learned riding the rails and pulled a dingy blanket that was hiding three cages confining:
1. A large black boa constrictor.
2. A large black, furry tarantula.
3. A large black rat.

My breath caught in my throat as I stood to leave. Realizing I had just officiated a wedding with a large black snake, a large black rat, a large black tarantula and an unruly large black dog as guests. The unveiling explained the odd odor in the place. I did not scream which was a miracle. Three of the most common things I fear were in the cages. Gratefully shut cages.

​As I turned toward the front door, Joshua smiling widely bounced over the couch again and walked me out to my car, opening the door for me…promising to stay in touch.
​
Truly, the most unconventional wedding of my lifetime...yet so much like YESHUA!
Then he said to me, “Write, ‘Blessed are those who are invited to the marriage supper of the Lamb.'” And he said to me, “These are true words of God.” Revelation 19:9