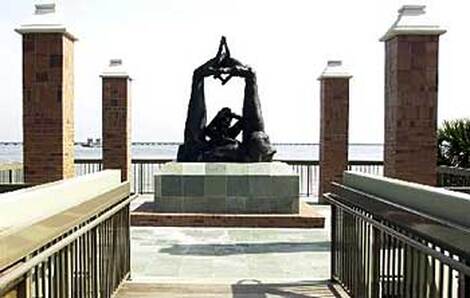 ​The Beginning
October 8, 2007, Monday ~ Ten days earlier the middle finger of my left hand was injured at work (I work part-time as an On-Call for a national financial firm) and I went in this morning to have the stitches removed – even though the incision was not quite healed. Somewhere between the torn ligament in my right shoulder from a car wreck in 2005 which left my right arm weak and the injury to my left hand I was feeling very incapable and incompetent for this ministry trip. It seems when I am at my weakest, HE asks for the most.

Twenty-one individuals had registered for the Beginning and Advanced Workshops, which were being held back-to-back: Thursday, Friday and Saturday. I had never taught this format before and did not know how I would physically be able to manage the schedule. It was Jan’s vision and passion to incorporate worship gatherings in the  evenings with the Workshops and put two Workshops into one weekend, therefore HGRM was experiencing a completely new schedule. There is a lot to prepare for and PAPA GOD was stretching me to new horizons and causing me to be even more dependent upon HIS strength in ways I did not know were possible.

The Arrival
October 9, 2007, Tuesday ~ The night flight to Atlanta, Georgia was filled with screaming babies and the huge international Atlanta airport seemed peaceful compared to the flight. The short flight to Pensacola was also filled with crying babies and I was grateful to be on the ground with luggage in hand, on my way to a quiet French Restaurant with Jan Hicks of Christians United Ministry International.  The truth is that I am certain that wherever Jesus Christ went in ministry there were probably crying babies and absolutely no quiet French Restaurants to find a peaceful reprieve. I am grateful for the grace and mercy of GOD! However, the sound of their anguish reverberated in my spirit. God was showing me something, even though the picture was not yet clear.

After a purely delightful lunch, Jan and I went to some fabric and craft stores to purchase supplies for the Workshops as weight limitation on luggage has been a challenge. As we drove on U.S. Route 29 (U.S. Route 29 (US 29) in the State of Florida is the westernmost south-to-north U.S. Route in the state. It runs 43.6 miles (70.2 km) from downtown Pensacola north to the Alabama ... road designation is entirely State Road 95 (SR 95). Street names include North Palafox Street, Pensacola Boulevard, and Century Boulevard). The Holy Spirit indicated some strategic places on North Palafox Street that needed prayer. I asked Jan if we could leave early the day I departed to have time to pray over this Street. She graciously acquiesced to my request as the schedule was already overflowing.

The Departure
​October 16, 2007, Tuesday ~ Jan graciously drove me to Pensacola once again for my departing flight. We met Dena, a treasured friend in Pensacola for lunch before departure. The morning also included a strategic prayer assignment at Pensacola Bay and Palafox Road for the eternal glory of JESUS CHRIST.
​
The flight home was again filled with crying children and I began seeking the LORD about the cries of the children around the earth. I arrived at PDX (Portland, Oregon) at 9:11 pm (Psalm 91:1) and trust the LORD to seal, complete, release, bless, recompense and redeem all of HIS purposes and plans for Robertsdale, Alabama.

​The Revelation
February 7, 2011, Tuesday I met with Kelly, a student from Western Kentucky University, from Bowling Green, Kentucky who shared photos of a Prayer Journey in 2010 to Pensacola Bay. I asked her to send me the location of one of the photos because it looked familiar to me. In the summer of 2007, the City of Pensacola finished a building project to provide a safer place along the bay front.

Three and half years earlier:
October 16, 2007, Tuesday on the way to the airport, Jan took me to a place as I had requested Palafox Rd/Pensacola Bay Front to pour out Anointing Oils. In the spirit realm, the LORD had shown me that it was a very dark place/an unholy place. Jan stayed in the vehicle, as I walked to the waters edge in the pouring rain. The sky was dark and brooding. When I poured out the Anointing Oils and prayed, the waters rose high up above me in a raging dark heap, then immediately dropped. A time I shall not forget.

Since that time the following memorial was placed there in 2008. The purpose for sharing this is that when I am sent, I do not usually know fully what GOD is going to do…I just know HE is faithful. Clearly the sounds of the children crying were upon the FATHER's heart! The Anointing of Christ makes a way for holiness to arise!

When God sends me to pray over a land and pour out Anointing Oil, it is to pray for the land and its inhabitants to be healed by the atonement of Christ and that the destiny of Christ ...that HIS relentless love would be known.

May 23, 2007 ~ Pentecost Anointing Oil ~ HIS KINSMAN REDEEMER! Holy Anointing Oil! ∞  Pure Italian Olive Oil with 27 essential oils in a 2-dram bottle.
Essential Oils: Rose, Jasmine, Gardenia, Frankincense, Grape, Raisins, Almonds, Apple, Pears, Aloes, Pomegranate, Fig, Myrrh, Lily, Pineapple, Blackberry, Lemon, Cassia (Cinnamon), Vanilla, Lime, Sweet Orange, Hyacinth, Cedarwood, Tangerine, Spikenard, Rosewood and Peppermint.
Scriptures: Ruth; Esther; Ephesians; Job 5:20; Luke 21:25-28; Psalms 49:15, 72:14; Psalms 107 & 130; Romans 8; Hebrews 9; Revelation 5.
Then some children were brought to Him so that He might lay His hands on them and pray; and the disciples rebuked them. But Jesus said, “Let the children alone, and do not hinder them from coming to Me; for the kingdom of heaven belongs to such as these.” After laying His hands on them, He departed from there (Matthew 19:13-15, NASB).