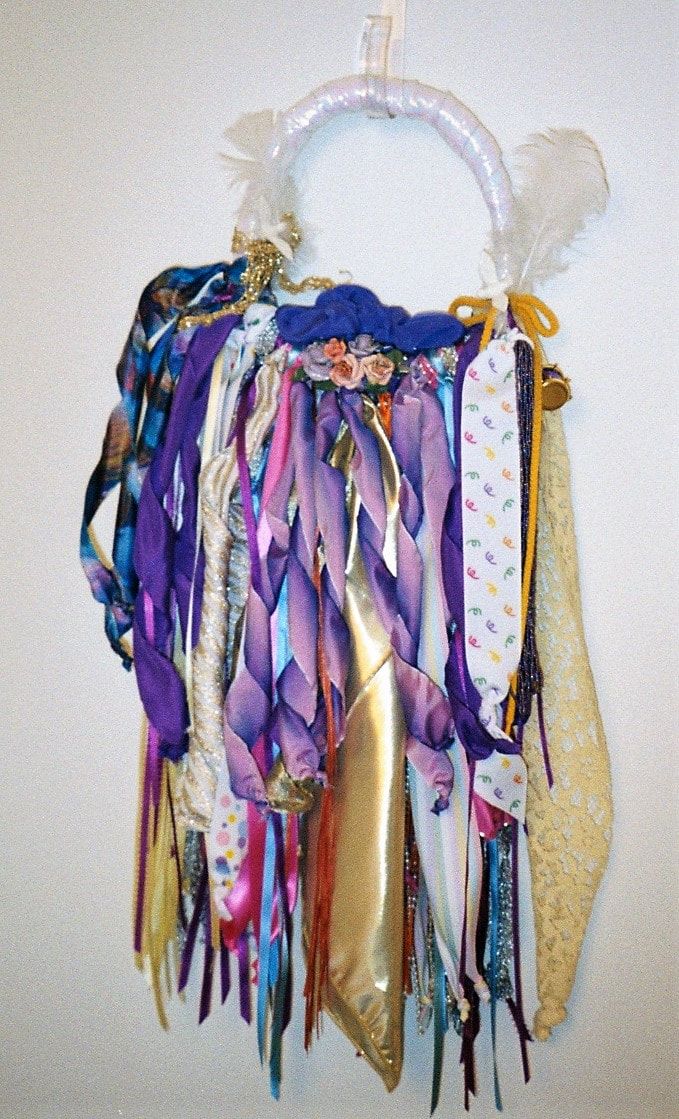 It is Joy Unspeakable and Full of Glory! Prophetic Worship Glory Ring

As I answered the doorbell, opening the front door, my enthusiastic friend burst into the room, “Here it is! IT IS JOY UNSPEAKABLE AND FULL OF GLORY!” as she eagerly handed me a beautiful Glory Ring made especially for me. Completely overwhelmed I could not respond at first, then somehow, I found the courtesy to say, “Thank you,” sensing she was probably hurt by my seemingly lack of gratitude. I was simply too overwhelmed to speak. Lula explained that she had taken a root of a tree and after washing the dirt off, wrapped it in a circle and let it dry to create the ring, which symbolized a root from the Tree of Life. Then she spoke with great passion and enthusiasm the words the Holy Spirit had given to her, “Joy-Path! Joy-Bubbles! Joy-Fragrance! The Presence of God!”

Two weeks later, she stopped by again and asked, “You didn’t like the Glory Ring, did you? Was something wrong with it?” I apologized and said, “I need to tell you a story.”

When I was ten, I met a girl named Arlene Mackler in the church we were attending. Her birthday on October 15, 1952 was just a few months after mine. Floyd Mackler was the pastor of Trent Church of Christ at that time. We instantly became life friends sharing junior high, high school, Bible camps, work, weddings, children, and more. She was a treasure friend from GOD, My FATHER. One of the things I admired most about her was her singing voice. Her family sang together on Sunday nights at church.  Her father, Floyd, sang bass, her mother, Ardie sang alto, her brother Doug sang tenor, and she sang soprano – four-part harmony. I was always amazed that she could sing her part, even when she was just nine. My favorite song to hear them sing was, “IT IS JOY UNSPEAKABLE AND FULL OF GLORY.” Her father would begin in his deep bass voice, then her mother echoed in a mellow alto, her brother joined in a smooth tenor and then Arlene would complete the harmony in a soft lilting soprano.

Arlene was brutally murdered Easter Weekend, March 28, 1994 (some celebrate this as Passover). She was the mother of twelve children (11 adopted) and married to a wonderful Christian husband. The first year my breath was taken away whenever I heard anyone speak her name. It has been a long grieving process. One of the most difficult things I have ever experienced was watching her children kiss her casket as they offered a single red rose. Many of her adopted children had already lost their birth mother to some tragedy. Sometimes there are no words to express grief. Only GOD, My FATHER has known my pain in this.

The Glory Ring you brought to me was God's way of saying to me that HE had not forgotten and that HE was continuing to heal and restore my shattered heart.

Lula Daniels and I met by a divine set of circumstances a few weeks earlier. A prayer meeting was scheduled to be held at a friend’s home. When her home became unavailable, I offered mine, and Lula was one of the guests.  A divine appointment of the MOST HIGH GOD - HE knew that she would be obedient to hear HIS voice and send HIS love through her to me. We were both overcome by tears of joy recognizing that GOD had planned it all.

Splendor and majesty are before Him, Strength and joy are in His place
(1 Chronicles 16:27, NASB)