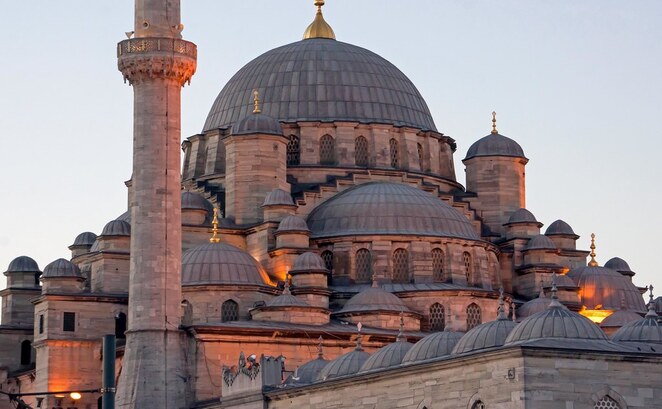 Anointing Oil Testimonial ~ Portraits of the Past Cruise - Barcelona, Spain to Istanbul, Turkey ~ 2007

On August 4, we drove to Portland, Oregon and on August 5, caught a Lufthansa flight to Germany. From Frankfurt we flew to Barcelona, Spain which was a total of 20 hours by the time we arrived on the ship. We left for Saint Tropez, France on Monday. The month of August is holiday month in all of Europe, so there was little traffic on the tour buses, but the down side was thank many of the little shops were closed...

In preparing for the trip, my friend, Jennifer Joy, gave me 15 vials of anointing oil that she made (see below) for each of the 14 port stops (2302 nautical miles) and one extra vial for the ship. We thought I would be able to put one in each port of call from Barcelona to Turkey. However, that was not possible, so I felt like Ehud (Judges 3), taking the tree kinds of vials of oil, pouring them together, and anointing our feet, shoes and hands as we went, secretly anointing whatever we felt The Holy Spirit was telling us. Things like: I had to "accidentally" fall into the water for cleansing face, hands and feet in the Muslim Mosque...and in the the container holding the "holy water" in St. Peter's Basilica. All doorknobs, steps, handrails, benches, etc.

These are the places we visited and for Jennifer, these are the places that have anointing oil.
1. Saint-Tropez, France - Named for Saint Tropez, a Roman Catholic martyr who refused to give up his faith.
2. Monte Carlo, Monaco - Monaco is a sovereign state of about 750 acres. Head of State is His Highness Prince Albert. The Cathedral of Monaco where Princess Grace's tomb is located, city, center and park. We also traveled the Grand Prix route.
​3. The Mediterranean Sea - I was able to get my feet and the oil into the sea! And I brought home a stone from the shore.
4. Florence (Livorno) Italy - Italy is slightly larger than the State of Arizona. The Academy of Fine Arts, home to Michelangelo's magnificent stature of David (Absolutely AMAZING!) The Cathedral of Santa Maria del Fiore. Giotto's Bell Tower and Romanesque Baptistery entitled "The Gates of Paradise." The Franciscan Gothic Church where, among others, Michelangelo, Galileo, Rossini, and Machiavelli are entombed. We drove past the "Leaning Tower of Pisa" - we were surprised at seeing it out in the middle of a field. We heard and read differing accounts as to why it leans.
5. Rome (Port of Civitavecchia), Italy - An eleven hour tour of "The Eternal City." The Roman Forum. The Roman Colosseum where the gladiators fought (a picture of where the lions were kept). Pantheon. Piazza Navona. Fontana di Trevi. (We didn't toss a coin so we won't be returning). The Circus Maximus (chariot races). Umbrella pine trees and cypress trees that represent "flames."
6. The Vatican City - A 100 acre nation. At the heart is St. Peter's Square. Christendom's largest church, St. Peter's Basilica (where the Pope celebrates Mass and where Michelangelo's Pieta is). This was just simply too beautiful for words. Amazing architecture, the beauty of the artwork, the creativity expressed through people given by The Creator was magnificent. Way different than any other religion that doesn't have Jesus at it's core.
7. Naples, Sorrento, and the Italian Riviera - Walking along the streets of the Amalfi coastline and the bay of Salerno. We watches and purchased a "lazy susan" from the handmade inlaid wood demonstration.
8. Taomina (Sicily), Italy - An 8 hour excursion. Greek Theater, 3rd Century B.C. Palazzo Corvaja. Mt Etna. (Craters of the volcano). This volcano erupted 4 days after we arrived home.
9. Athens (Piraeus), Greece - 8.5 hours. The Olympic Stadium where games were played in 1896 and 2004. The Parthenon. The Acropolis, which includes the Temple of Athena Nike, the Museum of the Acropolis and many, more ruins of Doric and Ionic Columns. It was 100 degrees and the granite or marble hill was hard to navigate. (Fire was overtaking Athens a few days after we left.) From the Acropolis I took a picture of Mars Hills where Paul preached.)
10. Santorini, Greece - We took a tender to shore on this Island also called Thira, and then a bus to the highest peak, Mt. Profitis Ilias monastery. Beaches of black volcanic sand.
11. Delos, Greece - Phil took this excursion and it was one of his favorite places as he explored the ruins on a small
uninhabited island. Delos was once the religious center of the Aegean area (Birthplace of Apollo).
12. Mykonos, Greece - Walking tour through a whitewashed labyrinthine city layout, which was designed to confuse attacking pirates. Mykonian Archaeological Museum with artifacts of amphora from 4 B.C. We visited a 15th Century bakery and the Panagia Paraportiani church (Every family has a church).
13. Kusadasi, Turkey - House of the Virgin Mary. It is recorded that St. John the Apostle brought Mary to Ephesus after the death of Christ and that she spent her last days in the small house. Ephesus is one of the most magnificent cities of Asia Minor and its ruins are astounding and are still being excavated. The ruins of the Odeon Theater, public baths, Celsus Library and the Grand Theatre where St. Paul once preached. The theater seats almost 24,000 people and is still used today for music performances. Ephesus was really amazing. I prayed as we walked the cobblestone street that the "rocks would cry out" (Luke 19:40) with the words of Truth that would prevail against the evil gods of their time (Diana). The Basilica of St. John. Then a return to Kusadasi and a demonstration of making silk carpets.
14. Istanbul, Turkey - 8.5 hours. We visited the "Blue Mosque" whose name comes from the blue tiles that adorn the interior, built in 1616. This was one of the most interesting oil adventures. We had to take our shoes off, so I soaked a pair of socks in oil and we stood on as many prayer spots as we could. Where the men kneel to pray 5 times a day toward Mecca. And we anointed the doors and the cleansing fountain. This Mosque is built next to the Hippodrome where the horse races were held. We had a buffet lunch in one of the hotels there, it was great - however the Turkish coffee is awful.