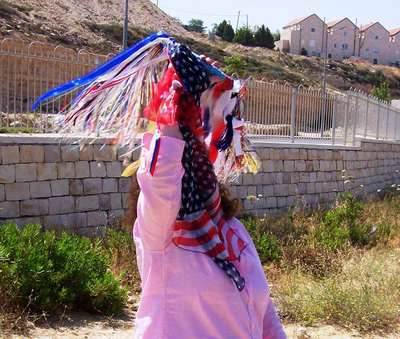 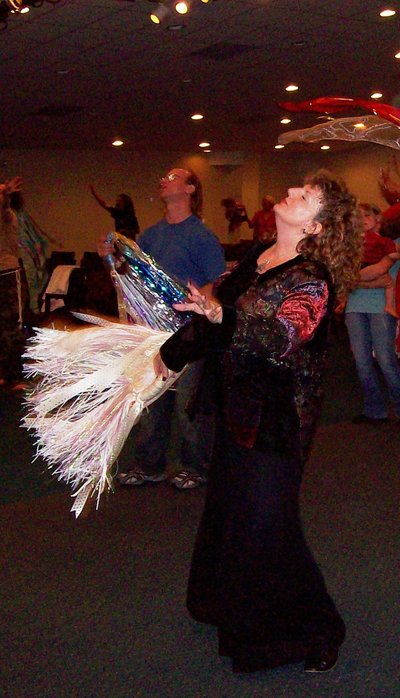 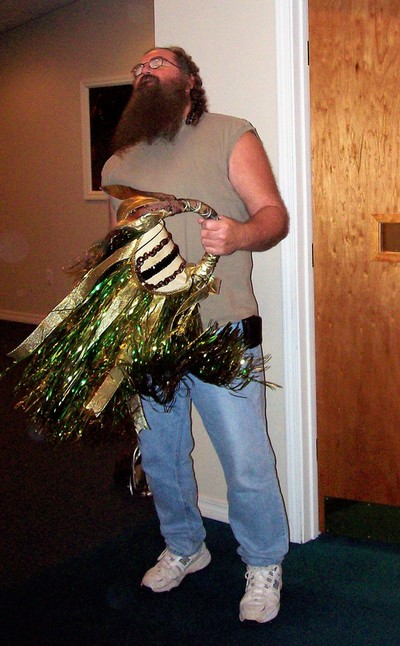 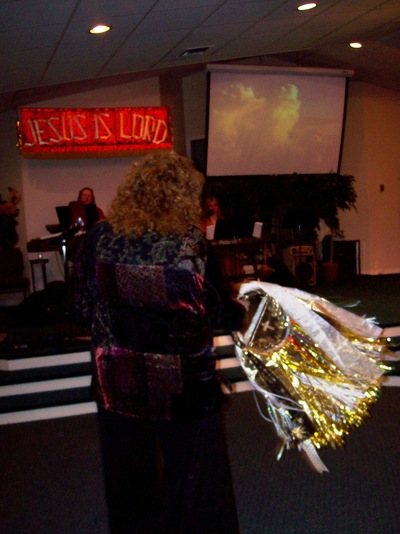 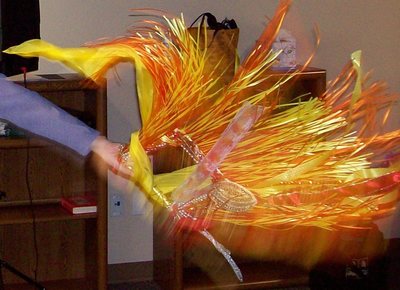 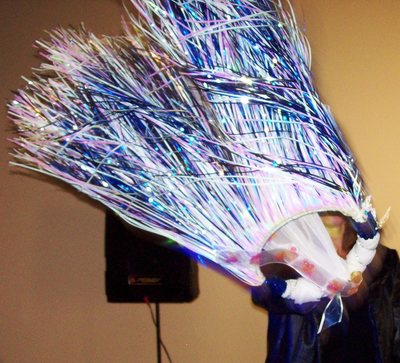 As a young child, when I first shared my “overactive imagination” the result was severe punishment, so I remained silent for the majority of four decades. It was painfully frustrating to be able to see when no one would listen and the futile attempt to share invited relentless rejection, criticism, condemnation, and abandonment. The introduction of others gifted prophetically encouraged me to speak once again. In my mid-forties, life circumstances brought me to a place where I had nothing else to lose, so I began to speak again in response to ABBA ADONAI’s call upon my life. Remembering very quickly very few are actually interested in the truth, most prefer a fairy tale. It truly never occurred to me how many would leave my life as they chose the path of lukewarmness. the path convenient Christianity. However, The LORD GOD made it succinctly clear to me that I was HIS daughter first, created to do HIS bidding and speak HIS word. My life does not belong to me, it belongs to HIM.

During prayer, I received the following insight. Like a video on a screen, I watched a movie of many little children blowing bubbles through miniature and giant-sized plastic wands. Little Bubbles. Big Bubbles. Huge Bubbles. Giant Bubbles. I understood that in a similar way as children release bubbles into the air, so too the colorful wand waving back and forth opens the child to a sense of wonder. Similarly, when worshiping with a Prophetic Worship Glory Ring, the Holy Spirit reveals to us more fully the Glory of the LORD GOD. Each Prophetic Worship Glory Ring is a unique design with a Prophetic Song or message being released through worship, scriptures, intercession, prayer and dance movements. It is a gift from ABBA ADONAI to HIS people.

The language of the Spirit is much more cosmic than the languages of the earth. The Holy Spirit enables us to see into the spirit realm and understand more clearly the languages of ELOHIM. The sound, the song of the Prophetic Worship Glory Ring may be compared to the sound, the song of a human voice or to the sound of the trees worshiping in the wind or to the sound of a waterfall cascading over polished rocks bubbling up praises to God. Just as when one sings, combining words, harmony, notes, rests, pauses, melody and rhythm, the person communicates a message of praise to the LORD GOD of Heaven and Earth (Psalms 22, 29, 45).

For two years between 1995-1997,  I was content to make prophetic Prophetic Worship Glory Rings at the Holy Spirit’s prompting and to worship at HIS direction without completely understanding the “why” of everything. It took me a much longer time to realize the implications for ministry and the plans that ELOHIM prepared for me (Jeremiah 29:11).

A Prophetic Worship Glory Ring, The Hope of Jesus, was a gift from a sister in the LORD. The following was imparted to her by the Holy Spirit to share, when she gave me the Glory Ring:

Name: The Hope of Jesus. Colors: Royal Blue and Silver. The sequins on the handle represent the radiance of the Presence of God. It comes full circle. It has no end. The blue cord is also full circle. It is God’s authority in every situation. The field of royal blue ribbons is draped over the light of God, HIS brilliance. The feathers, held in place by two hearts represent the breath of God, the words HE whispers with a double portion of love. The large sequins are as mirrors, reflecting HIS Glory onto the faces of HIS people.

If another person, in another place, worships in a different way with different colors, different music, different expressions of visual worship, it is acceptable to the LORD when it is of HIS Spirit and Anointing (Leviticus 22:2; Philippians 3). As we move forward from understanding the purpose of a Prophetic Glory Ring in worship, to the creation of a Prophetic Glory Ring it is essential to remember that our creative spirit is a gift from the LORD GOD. Each person is positioned to be inspired by the Holy Spirit in the creation of a worship instrument. The focus is not on artistic or creative talent, it is on listening prayerfully to the Spirit of God.

In closing a bit of wisdom from Harold Best, “for the Christian artist, his and her work is action toward God, before God and under God’s protection.” We trust God with the outcome of our worship instrument creations and with our artistic gifting.

Listed below are a few of the first personal Prophetic Worship Glory Rings that I created with the corresponding Scriptures. This is to provide the reader the understanding that the Word of God and HIS anointing and creation of a Prophetic Worship Glory Ring are inseparable. The true Worship of God and the pure Word of God cannot be separated, any more than the Father, the Son and the Holy Spirit can be divided. It is not humanly possible.

A friend noted with surprise that I have over fifty Prophetic Worship Glory Rings and other worship instruments. When I asked her, “How many worship songs do you know and sing?” She giggled with understanding as she is a musician and I am an artist. Her repertory includes at least fifty musical pieces, similar to my collection of Prophetic Worship Instruments such as Glory Rings, flags, swords, drums, mantles, prayer shawls, rain sticks, tambourines, scepters and banners (Psalms 149 and 150).

The Prophetic Name of the Glory Ring: The Father’s Heart!
Scripture: 1 John 1:1-3.

In 1996, the Holy Spirit gave me a vision of many colorful streams flowing out of the FATHER's beating, pulsating with life, overtly loving heart. Then HE gave me a picture of the United States and there were many streams flowing out of Kansas all over the world. The Prophetic Worship Glory Ring is made of a Wicker Heart that hung in my daughter’s room since her birth in 1977. The LORD was releasing HIS desire to birth a new movement out of the heart of America. Wicker is symbolic of the Apostolic being released or sent forth as Moses was sent forth in a wicker basket (ark). There are one hundred and five ribbons of three yards in length on the ring. Three is symbolic of the Resurrection Power of YESHUA, Our Messiah as He rose on the third day.

As was common in the earthly realm, during the summer of 1998, the LORD awakened me early one morning and strongly impressed upon me to pray for China. My first question to HIM was, “Pray for China, do you know how big China is?” Understanding my uncertainty in this new territory, HE gave me Scriptures to begin praying over China. As I pursued my new assignment to pray for China, and continued to inquire of HIM, with a passion akin to a blazing fire, one evening HE boldly declared, “It is MY CHINA.” Within in a few days someone, not knowing anything of my prayers for China, brought to me a scarf designed with a map of China that they had purchased from a thrift store in central Oregon (a highly unlikely place with a 99.9% Caucasian population). A few weeks later the first Prophetic Worship Glory Ring for China was completed, it was also the first Prophetic Worship Glory Ring for a nation. Because I did not know anyone in China, I wondered how the LORD was going to send the Glory Ring to China. As only HE could orchestrate, HE sent someone from another city to the very small prayer meeting being held in my home that knew a missionary in China and immediately sent the Prophetic Worship Glory Ring for China to them.

Almost a year after the LORD entreated me to pray for China, I attended a large Apostolic Conference in Colorado Springs, Colorado through the extravagant gift of faithful friends. At the end of the first session, the speaker asked us to join hands with the person next to us and to pray for them. There were several empty chairs between myself and the man at the end of the row. So, we met in the middle and took hands. When I looked at his name badge, I immediately noticed, he was from China. Surprised with delight, I inquired, “China, you are from China? I have been praying for China.” Placing his hand across his heart and with a warm smile, he bowed humbly and said, “My China."

In HIS own creative way, FATHER GOD enlarged this ministry to the nations. For each nation receiving a Prophetic Worship Glory Ring there is a miracle, sign and wonder resulting from a divine appointment that only the LORD GOD could possibly orchestrate. Whatever it is that I create, it is always and only for the Eternal Glory of YESHUA.