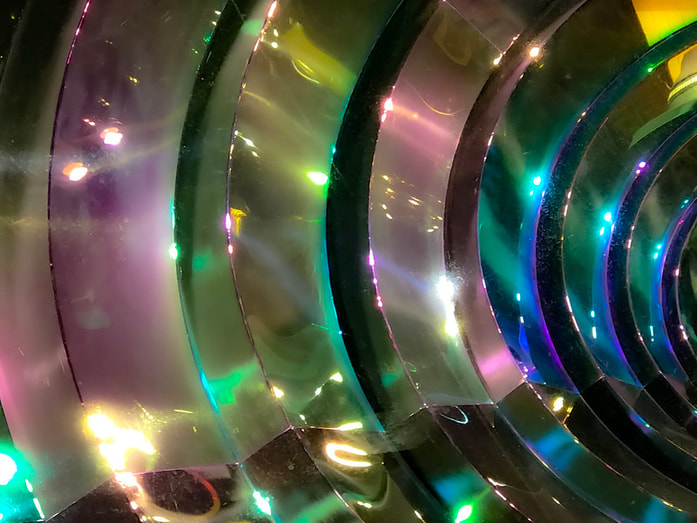 Last night I attended the Lebanon, Tennessee Aglow Meeting. A woman sitting in front of me (whom I have never met) turned and looked at me and then began drawing a sketch. A simple stick figure in the middle with arms up and a big smile (that was me). Around my entire being were seven circles (rings) of color (she named three: aqua, white, purple). Then she wrote: “All these rings are different colors. Rings of destination. Each ring is a level up. Each ring has its own gifts.”

I handed her my ministry card and said, I know that we have never met before, but I actually make Prophetic Worship Rings, songs in colors. She slightly smiled and said, “I have goose bumps running all over me real fast. I cannot tell you everything I see, so I draw pictures.”

Perhaps 30-40 minutes later following the prayer time as everyone was leaving the gathering, she came up to me again and said, “I see you with a young man. Tall and slim. Fair Skinned. Blonde hair. Very Tall. He has a zipper on his lips. He is in is early twenties. A big zipper is on his lips. You are with him and God comes and unzips the zipper, opens his mouth to be a spokesman for God. His nickname is Bubba. Do you know anyone like that?” I said, “Yes, my grandson, Elijah. He is ten, you are speaking about 11-12 years from now. Even though he was born in Oregon and "Bubba" is a southern name, his Daddy called him Bubba when he was a baby. His email address is: ebubbs. Elijah has already been on a Ministry Outreach with me.” Shirley was stunned at the accuracy of the word at this time. As she walked away, she turned back and asked, “Do you know how anointed he is?” I replied, “Yes, I do!”

Post Note: In 2022, Elijah is 6 feet 6 inches tall, with blonde hair, blue eyes and the "zipper" is still on his lips.
“It is he who will go as a forerunner before Him in the spirit and power of Elijah, TO TURN THE HEARTS OF THE FATHERS BACK TO THE CHILDREN, and the disobedient to the attitude of the righteous, so as to make ready a people prepared for the Lord.” ~ Luke 1:17, NASB