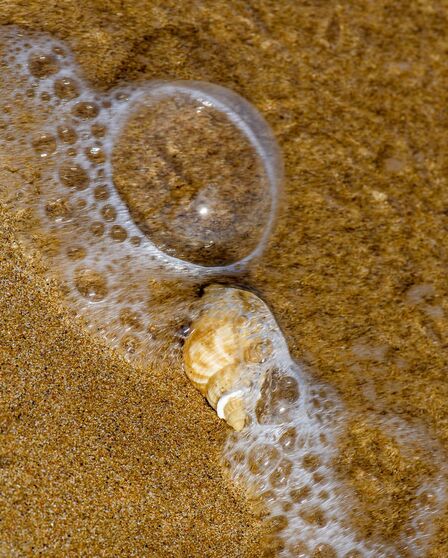 The Season of RE

In this season of re-adjusting and re-aligning, the 50 days between Passover and Pentecost, which is an annual season of re-evaluating for me personally, I am offering 50 words to ponder, one per day, which might be similar to counting the Omer, a Jewish tradition, only this is about personal reflection. Often we hear words such as recompense, reason, restoration, redemption, renewal, revival and reconciliation in our Christian communication. My hope is to enhance your season of re with increased prayer, thought and reflection. The 50 days may begin at any time you wish. You may recite the Shema as well and pray the blessings if you like.

Dictionary: re- a prefix, occurring originally in loanwords from Latin, used with the meaning “again” or “again and again” to indicate repetition, or with the meaning “back” or “backward” to indicate withdrawal or backward motion: regenerate; refurbish; retype; retrace; revert.
1. re – strengthening: make or become stronger, to build up
2. re – systematizing: arrange according to an organized system; make systematic
3. re – connaissance: military observation of a region to locate an enemy or ascertain strategic features
4. re – visualization: to visualize something or someone again usually in a different way: to see or form a new mental image of something or someone
5. re – constructing: to build or assemble something again; to re-create or reimagine something from the past especially by using information acquired through research
6. re – confirmation: to confirm again; to establish more strongly
7. re – pairabilities: to restore by replacing a part or putting together what is torn or broken; to restore to a sound or healthy state; to make good; renew; remedy
8. re – vitalization: to give new life or vigor to
9. re – investigating: to investigate something again
10. re – orchestrating: to orchestrate something again or anew; to compose or arrange (music) in a new or different way
11. re – acclimatizing: to re-adapt someone or something to a new temperature, altitude, climate, environment, or situation
12. re – purposes: to give a new purpose or use to
13. re – calibrations: to calibrate something again; a fresh point of reference
14. re – apportionment: an act or result of reapportioning something; the process or result of making a new proportionate division or distribution of something
15. re – socialization: to socialize someone or something again
16. re – accelerating: increasing in speed or rate of occurrence, again
17. re – consecrating: to make or declare sacred especially, to devote irrevocably to the worship of God by a solemn ceremony; to devote to a purpose with or as if with deep solemnity or dedication; again
18. re – accreditation: is the re-establishment or re-statement of the status, legitimacy or appropriateness of an institution of study or of the professional recognition of an individual
19. re – presentations: the action of speaking or acting on behalf of someone; the description or portrayal of someone or something in a particular way or as being of a certain nature
20. re – attributions: the act of giving someone credit for doing something or the quality or characteristic of a particular person, again
21. re – constitution: the action of building something up again; reconstruction; the process of restoring something dried to its original state by adding water to it
22. re – invigoration: to give new or renewed strength or energy to something or someone; to invigorate something or someone again
23. re – sourcefulness: the ability to find quick and clever ways to overcome difficulties
24. re – verberation: prolongation of a sound; resonance; a continuing effect; a repercussion
25. re – articulating:  to articulate something again: such as to give new or further utterance or expression to
26. re – apportioning: assign or distribute something again or in a different way
27. re – arrangements: the action or process of changing the position, time, or order of something; a thing that has been changed in position, time, or order
28. re – positioning: place in a different position; adjust or alter the position of; change the image
29. re – plenishment: restoration of a stock or supply to a former level or condition
30. re – dedicating: a new dedication; dedication - a ceremony in which something as a building is dedicated to some goal or purpose
31. re – solidifying: to solidify something again; to become solid again
32. re – cognizance: a bond by which a person undertakes before a court or magistrate to observe some condition, especially to appear when summoned
33. re – commission: To give a new commission or to validate an existing commission. To put back in service (undoing decommissioning)
34. re – spiritualized: to make spiritual especially; to purify from the corrupting influences of the world; to give a spiritual meaning to or understand in a spiritual sense, again
35. re – punctuation: the marks, such as period, comma, and parentheses, used in writing to separate sentences and their elements and to clarify meaning, again
36. re – orientation: the action of changing the focus or direction of something; familiarization with something again
37. re – discover: discover something forgotten or ignored again
38. re – energize: give fresh vitality, enthusiasm, or impetus to
39. re – provisioned: the providing or supplying of something, especially of food or other necessities. arrangement or preparation beforehand
40. re – novating: restore something old, especially a building to a good state of repair; refresh; reinvigorate.
41. re – configuration: the arrangement of parts or elements in a different form, figure, or combination
42. re – articulating: express an idea or feeling fluently and coherently
43. re – storing: bring back a previous right, practice, custom, or situation; reinstate; return someone or something to a former condition, place, or position
44. re – organizing: change the way in which something is organized; restructure
​45. re – structure: organize differently
46. re – engineering: redesign a device or machine
47. re – flecting: of a surface or body throw back heat, light, or sound without absorbing it; think deeply or carefully about
48. re – emphasized: place emphasis on something again
49. re – surrection: the action or fact of resurrecting or being resurrected
50. re – newal: an instance of resuming an activity or state after an interruption
"Blessed and holy is the one who has a part in the first resurrection; over these the second death has no power, but they will be priests of God ​and of Christ and will reign with Him for a thousand years."
~ Revelation 20:6, NASB