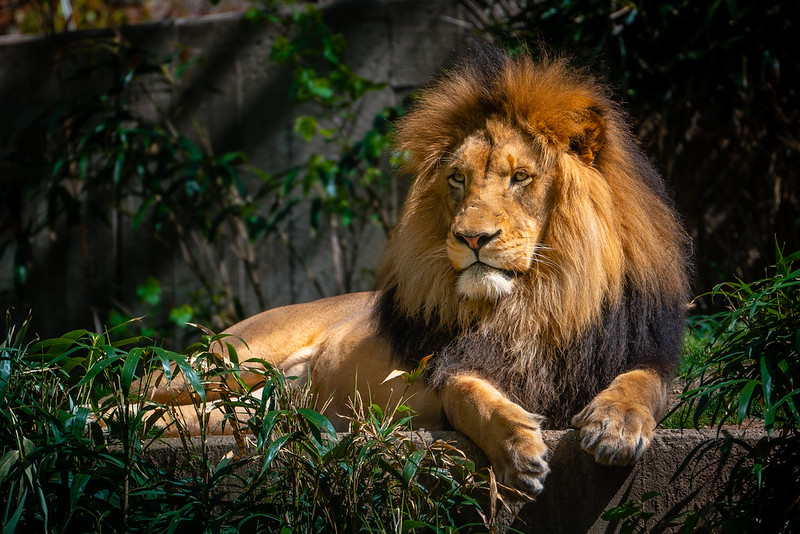 Exactly one year before the 2020 USA Presidential Election - there are no coincidences in God).

As I was praying, in the late evening, I heard the audible sound of the Lion of Judah Roaring. I opened my eyes, and the Lion of Judah was standing before me, roaring. HIS sound was like the repetitious ocean waves, as one wave is heard, another wave is arriving, the next wave is forming, layer upon layer of waves loudly crashing to the shore. The currents, tides and winds influencing their weight, size, direction and sound. HIS roar was similar, yet the place of destination was not the shoreline, it was over me. The Triune sphere of influence was HIS great love for me, the Sweet Wind of the Holy Spirit and the Timeless Breath of God. It is the first time HE has ever roared over me.

The KING first visited me on earth 60 years ago. The King and I have walked along the shores of the crystal sea and strolled the golden paths of heaven. We have prayed in the waterfall gardens of heaven and stood at the foot of the throne. He has anointed my head with oil, washed my feet, and healed my physical dwelling place...yet this is the first time He has roared over me.

At first, there were five very loud distinct roars, then two more a few minutes later, then one, then a pause like a breath in a song, and three more very echoing roars following in a rare repetitious resonation and frequency convergence of sounds. To say the least I have been trembling for a few days because I find HIS infinite eternal presence does that exactly...it shakes me up.

As HIS frequencies roared over and through me, in the Spirit realm I could see some things being added to my life and some things being removed. I could see the beaten, shredded armor flying off in tiny broken bits and crushed pieces as the new armor seamlessly replaced the old. Even though I could not fully understand the war that destroyed the white armor given to me in 2016, I had survived the war and was exhausted yet grateful. It was as though I had been thrown into an unexpected war with an unknown enemy and foreign weapons in an unfamiliar territory. Most of this last 33 months of warfare shall remain a mystery.

The new armor is clearly for a new season. I am comforted that YESHUA has brought the new armor which is crafted of gold, platinum, silver and something eternally metallic from heaven...it is flexible in fit according to movement and weightless, yet cannot be penetrated. My sense is that it was designed by the Triune God with Our FATHER providing the gold, YESHUA adding the silver, and the Holy Spirit finishing with the platinum. I am completely undone, overwhelmed and beyond grateful. After the armor fitting was completed, HE handed me a handcrafted white leather bag for carrying the new weapons that complimented the armor. The arsenal bag was lightweight in the earth's realm yet I instinctively knew it was very heavy in the spiritual realm. Fashioned like a designer handbag with handwoven stitches of silver, gold, copper and iridescent twisted thread, diamond studs for adornments, many hidden compartments and perfectly secure for international travel. HE did not miss anything.

There was a new defining, tightening alignment in all realms including but not limited to my time, space, humanity, eternity, spirituality, calling, anointing, ministry, relationships, and sphere of influence. The scales of justice were to the right, the scepter of righteousness to left and the two-edged sword of the spirit in the center. YESHUA is serious about HIS purposes and intentions. There is no hesitation is HIS Roar, HIS Voice, HIS Purpose or HIS Destiny. The Lion of Judah wore HIS Crown of Righteous Authority and HIS Garment of All Nations was stretched across his back. Intense is an understatement. The sound is still echoing.

When the intentional roaring stopped, HE walked over and sat next to me and talked for awhile...the impartation kind of talk, where HE imparts things to my spirit that my mind has yet to grasp or put into words. I sat comfortably in my rocking chair and HE sat on the golden rose brocaded footstool. Usually, the invitation is for me to enter the heavenly realm, so I am taking note that HE has come to me. I just listened to the resonations of HIS roar, HIS words and HIS deep, deep love. HE does not talk about the past or what I have finished, or assignments that I am still working on as we both know I am just one thread of a very large tapestry that HE is meticulously weaving. HE knows my daughter and son have not spoke to me in over five years, since they opted to follow in their biological dad's footsteps. They have not allowed to see my grandchildren, yet YESHUA does not address this deep ache in my heart. HE knows about all the people who have made commitments and not kept them, but HE does not talk about their choices. HE knows about all the The Tests I have taken and passed and the ones that are still before me. I have learned the tests like gold being refined are from Our FATHER, and the tests similar to the refinement of silver are from YESHUA, and the tests resembling platinum are from The Holy Spirit. Sometimes the tests are intertwined into seemingly impossible situations. Yet, HIS subject is not about tests (past, present or future).

Before HE departed, I asked, "What can I share?" HE smiled gently and said, "Not until the time..."

​Therefore, I am sharing this portion that you may be encouraged, you may have hope, because the LION of JUDAH is ROARING!
And the twenty-four elders and the four living creatures fell down and worshiped God who sits on the throne saying, “Amen. Hallelujah!” And a voice came from the throne, saying, ​“Give praise to our God, all you His bond-servants, you who fear Him, the small and the great.” Then I heard something like the voice of a great multitude and like the sound of many waters and like the sound of mighty peals of thunder, saying, “Hallelujah! For the Lord our God, the Almighty, reigns." ~ Revelation 18:4-6, NASB