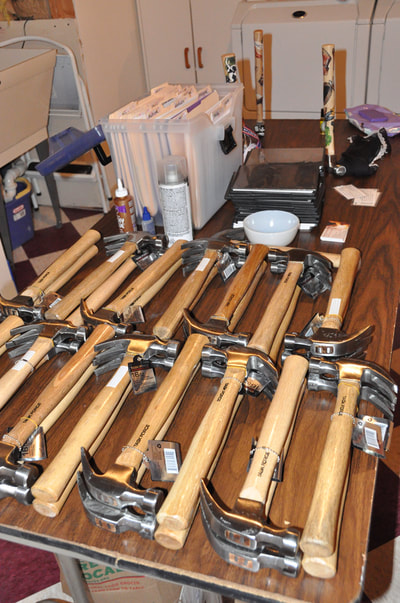 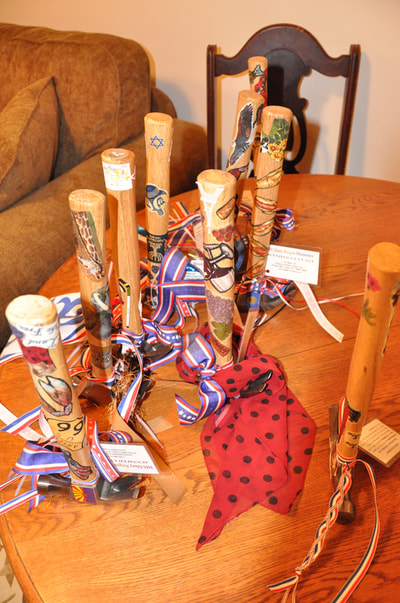 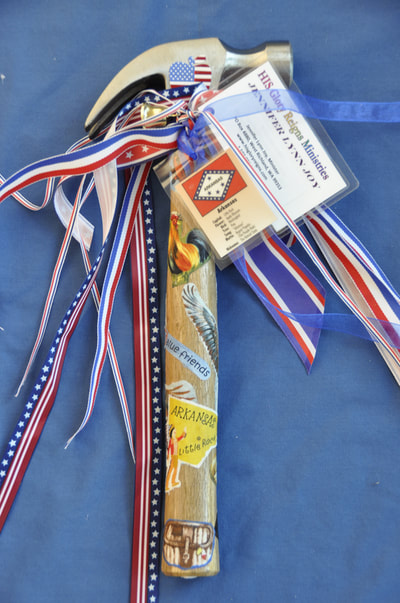 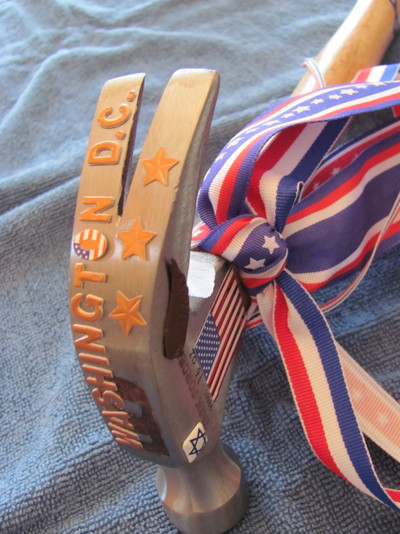 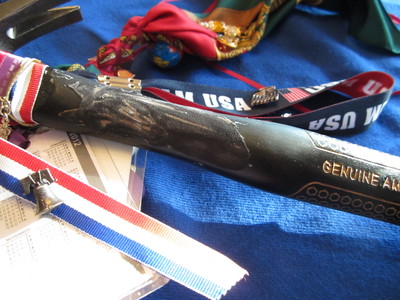 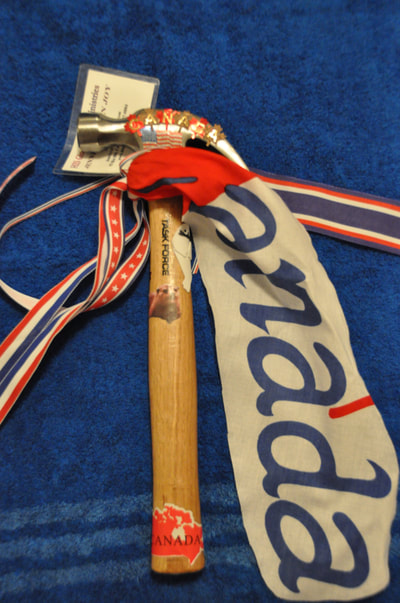 ​​©Jennifer Lynn Easton Joy​​​​​​​​​​​​​​​​​​​​ / שמחה איסטון לין ינייפר
On a very warm, sunny day, June 12, 2001, Cindy and I headed north to Canada to attend a conference. The LORD generously provided my travel partner, the meals, room and transportation miraculously all within seven days before the departure date.

June 15, 2001
Friday Morning: My first day to take Prophetic Worship Glory Rings for worship up to the fourth floor “box,” which was designated for radical worship. There were two men worshiping…I did not speak to them. The LORD wanted me to introduce myself, but I was too shy to introduce myself. So, I said to the LORD that HE would have to manage the introductions.

June 15, 2001
Friday Evening: Cindy went before me and found a place in the long line outside as there were about 3000 at the conference. When I caught up with Cindy, she was standing-in-line talking to the two men that were in the “box” upstairs worshiping during the morning service. I laughed inside knowing the LORD had set this up. I met John and Bruce of The Maranatha Group. They referred to themselves as the “Fresno Five” as they came with three others from Fresno, California, even though I only met two of the group. John was carrying an arsenal bag of worship instruments that I really wanted him to open. He would not open it while we were standing-in-line outside but waited until we arrived to the “box” on the fourth floor.

During worship he lifted the hammer over his head as though it weighed 2 pounds not 40 pounds and began hammering. I could literally hear and see doors, cracks, crevices, caskets, barrels, gates, doorways and windows being sealed shut in the spirit realm. I thought to myself … I simply must have a hammer, a “girl hammer!” The hammer head was engraved in Hebrew Letters: The LORD Contends and on the other side, HE Establishes. Due to injuries sustained in vehicle wrecks, I was not even physically strong enough to lift John’s hammer off the floor even though I really wanted to! It was an amazing time of worship and prayer. Internally, there was cognitive and spiritual understanding that my life was being impacted for eternity.

​June 16, 2001
Sunday: … for the rest of the conference I worshiped in the “box” with the other radical worshipers. When I asked John to make me a hammer, his first response was, “NO!” Then I was overcome with an anointing of boldness and told him that he could not tell me “NO” without asking the LORD! After a bit of conversation and pleading discussion…Bruce (John's friend) agreed that he would make me a “girl hammer!”

A few years later, I am releasing this for the first time how the LORD moved during that time in Canada, which is still impacting the call of GOD upon my life. John and Bruce faithfully prayed for me, anointed me with oil and prayed over my worship instruments. Their prayers moved many things in the spiritual realm for my benefit. I hope they always remember to pray for the one with the “girl hammer.” They are faithful sons of the MOST HIGH GOD!

Three Months Later: September 1, 2001
The LORD awakened me to the words: “Jubilee Prayers for America” and briefly outlined HIS desire for an American Prayer Shield and to pray for one state in America each week. I randomly listed the states and sent the list via email to 35 intercessors on Saturday morning. Most are aware that Pennsylvania was the first state on the list and New York was the second state…the same week as September 11, 2001. When the Holy Spirit awakens me to pray, I take it very seriously. We have been praying for one State in America every week since that time according to HIS desire and plan for America.

On the same Saturday afternoon (September 1, 2001), a package at the Post Office held my “girl hammer” complete with engraved Hebrew Letters, a cross on the top and a solid oak handle. I was beyond overwhelmed by the power of the Holy Spirit. I called Bruce to thank him and he mentioned that they finished the hammer on August 18th. They took it to church that Sunday, anointed it with oil and prayed over it. John and Bruce did not know that my sister Susan’s birthday is August 18 and that she died four years earlier from complications of cancer. John and Bruce did not know that my sister Susan wrote a song called, Maranatha as she was a pianist and flutist. And John and Bruce did not know that my Dad was a carpenter and he died October 4, 2000 from complications of cancer. The gift meant so much to me on many levels. How ELOHIM connects people for HIS divine purposes perpetually amazes me.

There are those who have asked, “What do I do with a hammer?”

First, I completed an extensive Biblical study of the Scriptures relating to the two phrases:
THE LORD CONTENDS, and HE ESTABLISHES. As I needed to know HIS PERSPECTIVE! HIS PURPOSES! HIS THOUGHTS! There is much in the account of Nehemiah rebuilding the wall regarding intercession with a hammer.

Most are aware that Oregon and Washington trade off on a regular basis for being the most un-churched states in America. It is common knowledge as to the amount of active witchcraft in these two states. Therefore, I inquired of the Holy Spirit regarding the parameters regarding praying with the hammer and then spent some time in intercession for those entrapped and deceived in worship to the lord of darkness. At the time, the Holy Spirit gave me the number: 10,000. The number of Oregonians currently entrapped in witchcraft and that had never heard of the Gospel of Jesus Christ. (This is not those who have heard the Gospel of Jesus Christ and renounced Him.)

As a fourth generation native Oregonian, I am rather passionate about the spiritual atmosphere in Oregon. So, I began praying and literally pounded the hammer 10,000 times and prayed each time it hit the ground for the LORD to contend for one lost in witchcraft, for the LORD to establish HIS truth in their soul and spirit and for them to come to saving knowledge of YESHUA, our Messiah through the anointing, atonement, creative, resurrection, ascension and limitless powers of YESHUA. Sometime during the season of prayer, the Holy Spirit would give me a name or more things to pray about. This took a few days of rather intense intercession in September 2001.

Most of us have been deceived by satan at one time or another in our lives. I lived with a lie of satan for 25-years that hugely impacted the outcome of my life, so I have a deep and fervent passion to pray for others entrapped by his subtle, deviant, dark, deceptive and overt lies. True freedom in YESHUA, Our Messiah is one of my core values.

“Do you have to have a hammer to pray for the lost?”
Absolutely not! The hammer is a worship instrument like a piano, guitar, drum or flag. It simply enhances, if you will, resonates the prayer like any worship instrument enhances the song or prayer.

“Do John and Bruce still make hammers?”
As far as I know mine was the second and last hammer they made.

“Should everyone pray for witches?”
My intercessory prayer is of the divine unction of the Holy Spirit not of my own personal desires. Therefore, if the Holy Spirit has anointed, called, chosen and ordained any person to pray for the lost including those deceived by satan in witchcraft then hopefully that person will be obedient to the LORD’s will in his or her life. GOD will guard what HE ordains. The Scriptures are very clear that YESHUA is at the right hand of the FATHER interceding for us. For me personally, YESHUA is always my first prayer partner. I listen to HIS prayers and agree with HIM, which secures the outcome alleviating a lot of disappointment and broken expectations.

“Do you travel with the hammer?”
At the inspiration of the Holy Spirit I took the hammer to the March 17, 2007 Prophetic Worship Beginning Glory Ring Workshop in Salem, Oregon…it was the first time I ever used it in prayer during a workshop. Would it surprise you that the woman I prayed for had been raised in witchcraft?

Do you take your hammer to church?
No, as with all worship instruments it is essential to be sensitive to the place where you worship and honor their parameters. My worship instruments function much more fully at my private dwelling place than any other place on earth.

Recently, I was in Spokane, Washington visiting my mother at a local hospital and was delighted to find a coffee shop with “Hammers” as the logo. I brought home an over-sized black coffee mug embossed with a white hammer and knew in my spirit it was time to release this word and teaching. The color white symbolizes purity, holiness, righteousness, wholesomeness and surrender. May we all submit to the Sovereign LORD of the Universe, The Creator of the Cosmos as HE hammers shut some cracks and crevices in our lives for HIS Eternal Glory. Are we willing to drink the cup of suffering as YESHUA did out of complete obedience to HIS FATHER?
​
Remember ~
​
Above all, remember that YESHUA was a carpenter and a hammer was the tool that HE used on a regular basis. It seems obvious that the fullness of HIS redemption included being hammered to a cross for the salvation of all humankind. It is imperative that we come into agreement with the price YESHUA paid! That we come into agreement with HIS prayers for the lost and with HIS atonement, anointing, creative, resurrection, ascension and limitless powers that set the captives free. It is about ELOHIM's (Father, Son and Holy Spirit) Kingdom in heaven and on earth!